NEIL McSWEENEY - A COAT WORTH WEARING 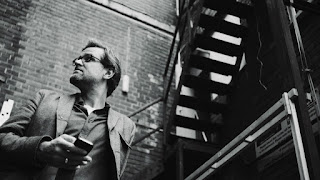 Friday 10 March 2017 sees the release of Sheffield songwriter Neil McSweeney’s fourth album, A Coat Worth Wearing. Produced by award-winning folk producer Andy Bell and the second release for new imprint Hudson Records, the album builds on the success of its predecessor, Cargo, displaying a marked development in Neil’s sound and approach. Its nine songs were conceived as a piece and subsequently recorded together, largely in full-band live-takes, over seven days in the beautiful Welsh countryside.

Neil McSweeney emerged from the flowering of Sheffield music that gave the world Richard Hawley and Slow Club and has since established himself as ‘a songwriter of rare ability’(R2). Setting lyrics that deal with the contrasts and contradictions of life to romantic melodies as hopeful as they are melancholy, McSweeney’s finely-crafted songs have been championed by his peers as well as across national radio and mainstream and specialist press. Since the release of Cargo in 2013, McSweeney has made increasingly big waves on the English folk scene picking up main stage festival appearances and collaborating with the likes of Jon Boden and Fay Hield. 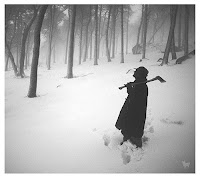 McSweeney has toured extensively throughout the UK and mainland Europe on his own and as support for the likes of Richard Hawley and Bellowhead. He will continue to tour around the release of A Coat Worth Wearing, then throughout 2017 and beyond.

Praise for Cargo....
“Deeply felt, brooding songs rich in imagery” The Guardian
“A songwriter of rare ability” R2 Magazine
“Songs so subtle and well-crafted that you can’t help but be drawn in” Drowned In Sound
“Steelier than your average troubadour” Q Magazine
“McSweeney is the genuine article. Highly recommended” Express