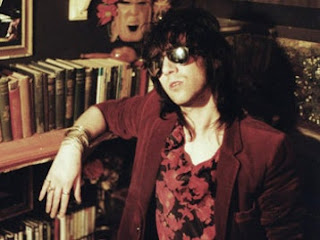 Although quite evidently born to be a star, Dave Kusworth has always been in the photograph, but rarely on the front page. This rakish Brummie was there when punk hit his hometown, and has played a significant role in the music scene of the Midlands and beyond ever since.

Hailed by the likes of Alan McGee, Bobby Gillespie and The Replacements’ Paul Westerberg as one of the great unsung British songwriters, his records have appeared on such renowned labels as Creation, Glass, Mammoth, Secretly Canadian and Bomp!, while his songs have been covered by groups and artists of the stature of The Lemonheads and Mercury Rev.

A student at Moseley School of Art, Kusworth had been a member of seminal Birmingham garage-band TV Eye, whose should’ve-been-a-hit ‘Stevie’s Radio Station’ would, via a circuitous route, go on to form the basis of Duran Duran’s Top 10 globe-straddler ‘Rio’.

Following a period in The Subterranean Hawks alongside TV Eye drummer Dave Twist and former Duran Duran singer Stephen Duffy, Kusworth wound up in London, joining the fledgling Dogs D’Amour in time to play on their debut album The State We’re In.

Returning to Birmingham, he would hook up with his friend and former Swell Map, Nikki Sudden, in The Jacobites, releasing several acclaimed singles and albums during the 90s. Also that decade, Kusworth would form his own band The Bounty Hunters, signing to Creation Records for two albums, as well as solo releases. For the new millennium, he would return with another new band, The Tenderhooks, featuring his old friend Dave Twist. More recently, he has been both recording and gigging as The Dave Kusworth group.

With a new solo album in the works, Kusworth has compiled the 20-track double-vinyl The World Of Dave Kusworth Vol 1 & 2 the first ever vinyl Kusworth career overview - drawing from his various releases over the decades, complete with eye-catching gatefold packaging by Twist in homage to Decca’s The World Of… series of compilations. Released on Troubadour via Easy Action, the album will  also available as a single CD and download.

Dave is available for interviews now.

"A slightly eccentric, though thoroughly endearing, ramble through his oeuvre." **** RNR

“A near-chronological ride through some of Dave Kusworth’s strongest and most affecting work… there is beauty and brittleness behind the bottle and it is to be held tight.” LOUDERTHANWAR 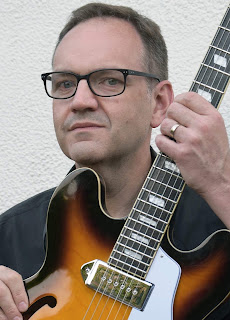 Bob Collum hails from Tulsa, Oklahoma but is long settled in deepest Essex; an unrepentant and incurable anglophile who’s released a series of acclaimed albums while regularly gigging with his ever-evolving Welfare Mothers.

Pay Pack And Carry arrives with the anticipated meld of tradition and innovation. Based on a long-established fusion of power pop and country music it shows once again his mastery of both, overlaid with many other fascinations, and featuring a couple of significant guest collaborators in Martin Belmont (Ducks Deluxe, The Rumour) and Peter Holsapple (REM, The dBs) who just happen to be musical giants.

She’s also allowed Bob to rein back on the more traditional country elements. The title track proves a fine example of how they can infuse his compositions without being blatant. He’ll reference particular Byrds and Monkees songs as “not trying too hard to sound like country songs. Taking the elements but doing it organically rather than dramatically”.

There are readings of both Mike Heron’s ‘Log Cabin Home In The Sky’ and Michael Nesmith’s ‘Different Drum’, as Bob strongly believes doing covers prevents a performer seeming too self-absorbed. Peter Holsapple provides harmonies on both: “I knew it was right up his alley. Peter can do the vocal asides – the ‘yeahs’ and ‘woos’ I wish I could.”

Avoiding self-absorption is typical of the man. Getting Bob Collum to stay on the subject of his music can be some task, though he does concede: “I like the new album”. Then he’ll be making light of his abilities, and start talking about The Beatles again. It may speak to his grounding, self-awareness, and sense of standing on the shoulders of giants, but underplay it as he might Pay Pack And Carry provides yet more evidence of his singular talent.

Pay Pack And Carry is out now through HarbourSong Records.

"He has a rare gift for melodies and hooks and fuses that with his love of classic rock'n'roll, country and powerpop to create not only a unique sound but one that is well-nigh irresistible." **** MAVERICK

"Collum and the revolving door of Welfare Mothers have constructed something wonderful here.... File in the column marked superb." MAXIMUM VOLUME MUSIC

"The whole album is well worth packing and carrying home." LONESOME HIGHWAY


“A good 'go to' when you want a slice of uncomplicated sophistication in your listening repertoire."
THREE CHORDS AND THE TRUTH


Posted by MuleFreedom at 09:42 No comments: