THE LUCKY STRIKES EMERGE FROM EXILE 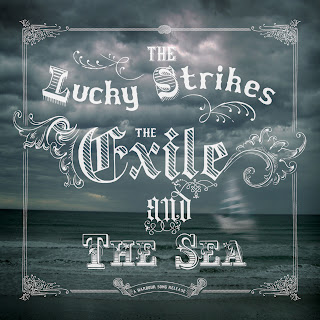 Essex folk-rock champions The Lucky Strikes put the seal on a busy summer with the release of their long-awaited fourth album, The Exile And The Sea. And like its two predecessors, The Exile… is based around a concept, something that the band have retrieved from the prog-rock doldrums and breathed new life into. Previous long players, The Chronicles Of Solomon Quick and Gabriel, Forgive My 22 Sins were based on stories set in the Southern States of the US - inspired in part by their travels there. But this time the band have drawn on the local history of their Thames Estuary homeland for each song.

Submerging themselves in the folklore of the area, the band trawled local newspaper archives and journals as well as the working men's clubs of their hometown to unearth stories of fishermen, ghosts, smugglers and poets. The infamous fire that partially destroyed Southend Pier in 2005 is retold in ‘The Beast Burnt Down’, where "timbers crack, black smoke moves skyward".  Meanwhile, ‘Goldspring’ recalls the story of Goldspring Thompson, press-ganged in the 19th Century, only to escape and hide out for three days in the wheat fields of Canvey Island, surviving on corn and ditchwater.  All songs loosely gravitate towards one of Southend's cultural landmarks, the now sadly closed Grand Hotel. Once the hangout of choice for Dr Feelgood and Eddie & The Hot Rods, it was the starting point for the album. Indeed the phantom that supposedly haunted the pub is the subject in the waltzing ‘Ghost And The Actress’. Aurally, the band’s sound has morphed through garage-blues and country-rock to a sound all their own, much more rooted in English and Celtic folk.

It’s more than two and a half years since The Lucky Strikes released the acclaimed Gabriel, Forgive My 22 Sins, but in that time the band has not rested. The writing and recording of The Exile has been intensive but has been built around extensive touring. Moreover, frontman Matthew Boulter has found time to release two solo albums, as well as touring and recording with Simone Felice which has brought greater depth, strength and experience to the partnership.  Now happily established on their own Harbour Song label, The Lucky Strikes are ready to set sail once again.

“Simply too good to ignore. You heard it here first” R2 magazine
“Like The Waterboys on trucker pills” Q magazine
“Dark and dirty Americana to chill your soul” Classic Rock magazine
“The songwriting sensibilities of Ray Davies… informed by Kevin Coyne” Americana-UK


www.harboursong.co.uk
Posted by Gerry at 00:52 No comments:

PHIL MARTIN EMERGES FROM THE DARKNESS WITH SECOND ALBUM 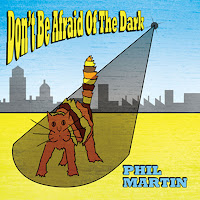 Multi-instrumentalist Phil Martin returns in September with his new album Don’t Be Afraid Of The Dark. Unlike his acclaimed debut Before We Go To Paradise, released early last year and largely a solo acoustic affair, this time Phil has surrounded himself with an array of guests, providing a full band sound that throws light on the various hidden depths of his songs. Indeed, Don’t Be Afraid Of The Dark is something of a This Is Your Life of an album, featuring a roll-call of the various musicians he’s worked with during his long musical career.

Recorded in a number of studios – as well as making the most of the wonderful acoustic environment of St Paul’s Church, Brentford – Phil and producer Steve Parry, solicited contributions from current and former colleagues across the UK (and beyond, via the wonders of Dropbox), including members of Red Harvest, Kindred Spirit, Dr Millar & The Cute Hoors and The Bitter Springs. While Phil’s first album drew upon the influence of some of Britain’s greatest poets, the overall result here is a kaleidoscope of original song; a quintessentially English psychedelicised take on folk, pop, jazz and vaudeville that summons the spirit of Kevin Ayers and the Canterbury Scene.

Having served time on the 80s and 90s indie-folk scene with Dr Millar & The Cute Hoors and The Shanakies (Blur’s support band of choice for the Parklife Tour), Phil has latterly been found among the ranks of Vic Godard & The Subway Sect, Jowe Head & The Demi-Monde, The Men They Couldn’t Hang and his current band The Bitter Springs (recent recipients of considerable media love for their Everyone’s Cup Of Tea album). Influenced as much by Jake Thackray as Marc Bolan, Phil Martin is –  in the truest sense – both languid balladeer and punk demagogue.

Phil will be launching Don’t Be Afraid Of The Dark with a special show at The Betsey Trotwood, 56 Farringdon Rd, London on Saturday 14 September.