HANTERHIR - THE SAVING OF CADAN 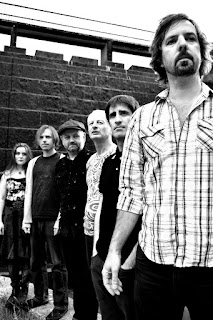 What happens when you put a bunch of musicians together in the country and leave them to their own devices?

Coalescing in the deep Cornish countryside around Redruth, free from the fashions, foibles and fripperies of the mainstream music scene, HANTERHIR grew a sound all their own around freak rock, post-punk and alt-rock woven together with the silken threads of spooky psych folk and trippy electronica and alternating between English and Cornish lyrics.

“The important thing to me about the band is that we are authentically Cornish,” says Ben. “And having a Cornish name sort of solidifies that idea. Being Cornish to me doesn't mean that we ignore our influences or what we grew up with, but rather than that, we embrace it.

“The songs are all there to try and tell parts of a story,” he says of The Saving Of Cadan. “The story is about a boy, Cadan, who tries to drown himself in a lake on Carn Marth and gets saved by a wicked spirit who was cursed to the lake (The Lady of the Lake or Morwenna).”

Recorded over an extended period in a Methodist chapel, a llama farm, a cricket club and – just to be on the safe side – a conventional studio, the album is the first fruit of a relationship with internationally renowned – and 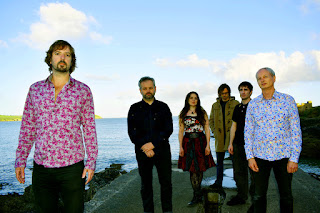 Cornwall-based – Easy Action Records. Spread over a budget-stretching 5 sides of vinyl or 2 CDs, the album is a mammoth project but, as Freddie Mercury said, "If something's worth doing, it's worth overdoing".

Having already forged a loyal following across the Southwest, Hanterhir are now turning their eyes toward the wider UK.

The Saving Of Cadan is out now on Easy Action through Cargo. 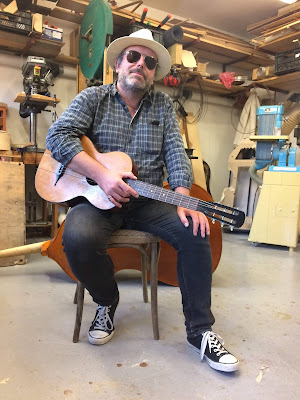 Medicine Tunes was recorded in a house in rural France in the spring of 2017, Tony being joined by long-time musical colleagues Geir Voie (mandolin), Sean Condron (banjo, guitar, slide, bass, harmonica, mandola, backing vocals), and Stéphane Doucerain (drums, percussion), and the album’s producer Mark Mulholland (guitar, mandola, bouzouki, backing vocals). The songs for the album were laid down in a single session, with all the basic tracks played live together.

While the songs evidently deal with feelings of loss, confusion and despair, they also explore how these can eventually evolve towards something new and brighter through the healing effects of music, love and friendship.

“I wrote most of the songs on Medicine Tunes when I was going through some very troubled times,” explains Tony. “I found myself alone and falling. It was a case of sink or swim. I needed something to keep me afloat. Writing and singing these songs became my medicine rituals, a kind of spiritual healing and a way to keep breathing. It's difficult to explain. I was in France gigging with Two Dollar Bash and I played the songs for Mark Mulholland. He thought them worth recording and organised a session at his studio with some old friends. The finished album feels like the conclusion of a long journey that started in a very dark place and ended somewhere brighter.”

Born in Scotland in 1969, Tony spent his youth busking on the streets of Glasgow and forming bands with school friends, Brendan O'Hare (Teenage Fanclub, Dark Globes) and Joe Armstrong. Moving to Edinburgh, Tony and Joe hooked up with Mark Mulholland, and the three began a life of travel that continues to this day, criss-crossing Europe, settling sporadically to reconvene in France, Ireland, Berlin or Holland.

Having settled in Prague for much of the 90s, Tony eventually hooked up with Joe and Mark in Berlin where Two Dollar Bash were born. Releasing four albums, the band have toured widely across Europe and North America, playing SXSW in Austin for three consecutive years.

In 2010, Tony returned to Prague, where he continues to play both solo, with The Band of Jakeys, and as a duo with Geir Voie. His songs have been performed by many artists in Europe, America and beyond, and a disc of recordings of cover versions - Roll High & Roll Good - is included with Medicine Tunes.