“Cross Can’s rhythm section with Roland Kirk, Motown and the Third Stream and you’ll get somewhere near where The NJE are coming from…” 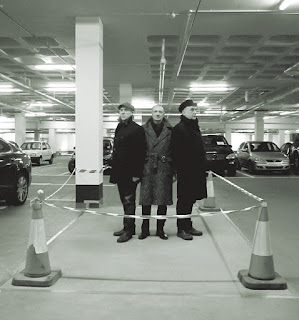 Like most band names, it came about by accident – trying to explain the sound of three musicians playing horn-led instrumentals from the rock/pop side of the tracks, the closest description was a ‘near-jazz experience’. Swiftly abbreviated to The NJE, this Near Jazz Experience was formed by multi-instrumentalist Terry Edwards, bassist Mark Bedford and drummer Simon Charterton in the spring of 2010.

Look no further than the Hendrix cover, 'Voodoo Child' for a way into their world. The familiar reinvented and taken to a parallel world. Born out of a love of improvised music which was accessible (funky beats and grooves) yet experimental enough to break the mould of middle-of-the-road jamming, the trio built up a following at a residency in the heart of London’s East End, headlining the monthly Sartorial Records music nights.

Edwards and Charterton cut their musical teeth with Norwich punk-funk band The Higsons, after which Terry formed Butterfield 8 with Madness bassman Mark Bedford. The NJE draws the three together in an outfit reminiscent of The Bays in that they don’t rehearse, but perform music intuitively, with an ear to accessible beats and tonality with Edwards’ melodic flights of fancy dancing over the top.

Afloat came about after several recording sessions, both in concert and in the studio, and completed by the band using harsh editing techniques overseen by Hot Chip frontman Alexis Taylor at the mixdown stage. The album’s seven tracks are complimented by the addition of four previously released download/vinyl tracks for your listening and dancing pleasure!


"The NJE.... thanks to their innate grasp of the jazz impulse and flagrant disregard for musical boxes, often chart genuinely new ground." Prog