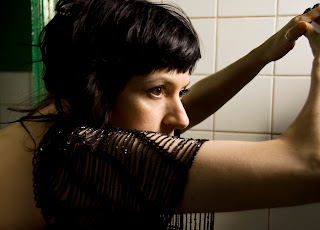 MADAM - the group project of singer/songwriter/producer Sukie Smith – are to make their acclaimed sophomore album Gone Before Morning available as a full release on CD and download via Sukie's own Shilling Boy label, distributed by CARGO.
Gone Before Morning was originally given a limited download-only release in April 2009 as part of high-end audio company Bowers & Wilkins’ website-based Music Club, which afforded Sukie and band the opportunity to record at Peter Gabriel’s Real world studios. The release was available for one month, and in that time gained considerable praise from Club members and press alike.
But Sukie always believed the work deserved wider exposure and has spent the Autumn of 2010 making final embellishments to the album at Reservoir Studios in North London to make Gone Before Morning what it is now. Sukie has been able to do this thanks to the website www.pledgemusic.com which gives fans the opportunity to provide financial support to artists in return for a unique memento of the project.
Gone Before Morning comprises eight original songs, combining elements of trip-hop, Western gothic and Europop with Sukie’s own expressive widescreen vision. It also includes deconstructed takes on Odyssey’s ‘If You’re Looking For A Way Out’ and Al Wilson’s Northern Soul classic, ‘The Snake’.
The completion of the project was celebrated with a performance at King’s Place, London on 21 January. The album will be released on Monday 2 March.


MADAM’s debut album In Case Of Emergency was released on the Reveal label in February 2008, to universal acclaim.  Later that year Sukie provided the score to the British independent film, Hush Your Mouth, featuring her song ‘Ride The Waves’ as the prominent ‘outro’.  The film recently won Best Film and Best Director at the Portugal Film Festival. In April 2010 she collaborated with Italian band Hollowblue on the co-write ‘Wild Dogs Run’, appearing with them in the Europe’s first ever 3D music video, which won the award for Best Music Video at Hollywood’s 3D Film Awards 2010.
Sukie is available for interview.

“Contender for the noir niche occupied by Hope Sandoval and Chan Marshall… a real find”
4/5 The Guardian
“Madam is a name which should be written in bright neon outside big venues in the swanky part of town”  4.5/5 The Sun
“…head and shoulders above the singer-songwriter masses ,as individual a voice as Cat Power or Joan As Police Woman”  The Independent
“An astonishing album of cruel beauty and emotional honesty, an immense talent” 4/5 R2
“Like an imaginary soundtrack to An American Dream, full of desire, sadness and beauty, In Case Of Emergency is a surrealist masterpiece”  Gideon Coe, BBC 6Music
www.madam.org.uk        www.myspace.com/madammusic         www.facebook.com/madammusic
Posted by Gerry at 02:25 No comments: 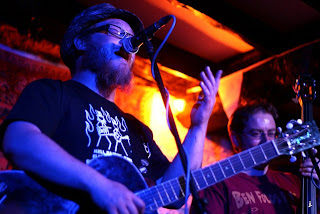 Southend folk-punk collective Deferred Sucess [sic] have found a way to beat the economic gloom by inviting fans to contribute to the recording of their album.

The band, fronted by singer-songwriter Paul ‘Doozer’ Short have set up a web page at http://helpfundouralbum.bigcartel.com where fans and benefactors can choose from various options to donate money to the process, from as little as £10 to £200.

On the strength of last year’s 5-track House Parties EP they’ve appeared at numerous festivals, including Bearded Theory, Beautiful Days and Endorse it in Dorset, as well as touring across the UK and mainland Europe, and supporting the likes of The Levellers, Carter USM and Zounds.

www.myspace.com/deferredsucess
Posted by Gerry at 09:19 No comments: 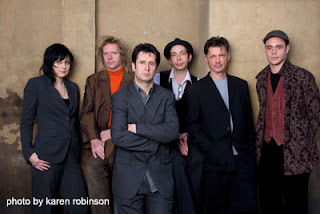 The cheap poundshop mystic visionary is back amongst us with a timely snapshot of the current mood and a wayward prophecy of how things could, would, should be, if all was right in our hearts and on our streets, this is the lie of the land indeed.
The Band Of Holy Joy begin the new year with a new download-only single on their own Radio Joy label. Oh What A Thing, This Heart of Man is the first of a series drawn from The North is Another Land, a radio play written, produced and performed by the band that was recently serialised over six weeks on Resonance FM.
The song, featuring flautist Clive Bell and cellist David Barbenel, was recorded at North London’s Reservoir Studios, where the band have also been working on a new album, due for May release. The band will launch the single with a special gig at The Bull and Gate, Kentish Town on the official release date, 7 January 2011.
The Band Of Holy Joy were formed out of the 80s South London squat scene by Newcastle émigré Johny Brown. After a hiatus during the 90s, where Johny concentrated on various other projects, they returned in 2002 with the album Love Never Fails on Rough Trade. Since then, eschewing the traditional album-tour-album treadmill, the band have chosen to explore other media, launching their own internet radio station Radio Joy in 2007, and presenting the play Troubled Sleep at the Shunt Theatre in London and The Star and Shadow Cinema in Newcastle in 2009. Johny has also hosted the immensely popular Mining For Gold show on Resonance FM for a number of years.
Johny is available for interview. 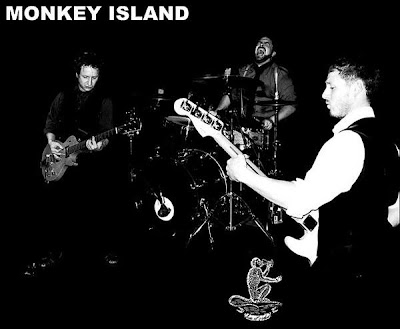 Nearly a year on from its original limited release, North London’s ‘math garage’ trio MONKEY ISLAND are to relaunch LUXE et REDUX in March, prior an exhibition in May of singer-guitarist PETE BENNETT’s paintings organised by and at the invitation of Kentish garage-punk luminary Billy Childish.
Rightly praised by John Robb in his essential text Death To Trad Rock, on LUXE  et REDUX, MONKEY ISLAND bring together the low-end production aesthetics of 60s garage-blues, the unholy riffs of 70s metal, the edgy funk and breakneck rhythms of 80s artpunk, and the bawdy lasciviousness of 16th Century tavern songs. All across 16 rampant tracks in little more than half-an-hour.


Emerging from the North London garage scene in the mid 90’s, the MONKEY ISLAND’s first few singles were released by early champion John Robb, gaining plaudits in The Guardian, Melody Maker and Metal Hammer and airplay from Mark Radcliffe, Steve Lamacq, Rob da Bank and the great John Peel.
A self-produced third album pulled more mainstream press on board with glowing Kerrang! and NME reviews, and was acclaimed outside the UK in Italy where, several tours later, they have a phenomenal underground reputation.
A fiercely independent attitude and a constant reinvention has kept the band alive where contemporaries have fallen and after their third album, Bennett reconstituted the band as a fresher more feral outfit reminiscent of their first album with two new collaborators, whipsmart drummer Sam St Leger and rigidly grooving bassist Andrew Speakman.
Longtime fan Tim Cedar (Part Chimp) offered to record the band at his Drop Out Studio in Camberwell and a single day’s work south of the river reaped dividends with 16 brand new tracks to good old-fashioned tape, the result being latest album – LUXE  ET REDUX.

Tuesday 21 December                     The Lock Tavern, Camden NW1
What Monkey Island have done is to take the form and completely deconstruct it..they’ve added their own spit and polish and created something wholly new. The end result? Something lean, mean and utterly magnificent. R2 magazine (****)
..maybe their imaginative guitar filth will finally get the audience it deserves. A brilliant band. John Robb
MONKEY ISLAND – LUXE et REDUX on IMPRINT RECORDS distributed by CARGO
Release date: 21 March 2011