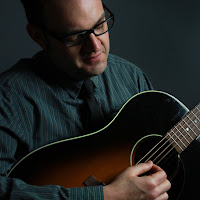 Oklahoma-born and now Essex-based, songwriter Bob Collum introduces his latest release, a five track EP showcasing his own brand of Anglicised Americana and powerpop; a healthy dose of pedal-steel and of course Bob’s own Midwestern twang make the case for the West side of the pond, while his adroit and insightful lyricism, inspired by his heroes Lowe, Costello and Davies, makes the case for the East.

In the decade and more since Bob arrived in the UK, he’s come up with a series of memorable albums: the solo releases More Tragic Songs Of Life and Low Rent Romeo, plus two with his band The Welfare Mothers: The Boy Most Likely To and Set The Stupid Free, and latterly the Twisted Lines & Mixed Up Rhythms and The New Old Thing EPs. He’s also shared stages with an equally memorable cast list of the great and the good of American music, including Dave Alvin, Marshall Crenshaw, Greg Trooper, Alejandro Escovedo, Robert Earle Keen, Robbie Fulks and many more.

Bob and the band are constantly touring the UK but he’s happy to make himself available between shows for interviews!

Praise for The New Old Thing…

“Collum… like Nick Lowe is able to express a wry riposte and an aching heart within the same breath.” **** R2 magazine

“Possibly his finest yet… He continues to refine his songwriting with some quite stunning musical arrangements.”  Maverick magazine 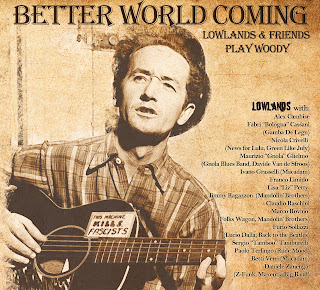 Italy’s number one roots-rock band LOWLANDS return with Better World Coming, a stunning collection of songs in tribute to the legendary Woody Guthrie in celebration of the 100th Anniversary of the great man’s birth. Gathering together a whole host of friends from the Italian roots and Americana scene, the thirteen songs were recorded in a variety of locations – studios, kitchens, farmyards! – during downtime from sessions for Beyond, the band’s third album proper, the follow-up to last year’s critically acclaimed Gypsy Child album. The result is a work of pure, raw quality, evoking the climate of hard times in which these songs of the soil, the breadline and the factory floor originally came into being.

Among friends who chipped in to help are members of such noted bands as Green Like July, Macadam, News For Lulu, Jimmy Ragazzon and Marco Rovino from Italian Americana stalwarts Mandolin Brothers and blues guitar legend Maurizio ‘Gnola’ Glielmo.

Formed in 2008 in Pavia outside Milan by British-born singer-songwriter Edward Abbiati, LOWLANDS quickly established themselves in mainland Europe with their debut album The Last Call, and have made a number of friends on the international scene. Those lending a hand on Gypsy Child include Tim Rogers of Australia’s You Am I, in-demand Atlanta session man Joey Huffman, and ex-Green On Red organist Chris Cacavas, who also mixed the album. Gypsy Child was widely praised in Europe and the US and picked up substantial airplay in the UK.

Having toured heavily throughout late 2010 and half of 2011, on return to their hometown the band splintered, with a nucleus of Abbiati, guitarist Roberto Diana and keyboard player and accordionist Francesco Bonfiglio eventually recruiting session players to record the third album Beyond, due for release later this year.

Praise for The Last Call and Gypsy Child…

A thrilling and confident live act, an admirable work ethic should see them reaping significant rewards before too long.  **** R2

This band could have a very bright future…. 9/10  Americana UK

Drawing on the sublime aspects of Nebraska-era Springsteen and the country-dabblings of Green On Red…. It’s a cracker!  Miles Of Music

www.lowlandsband.com
Posted by Gerry at 11:28 No comments: