THE BRAINIAC 5 - JOURNEY TO X 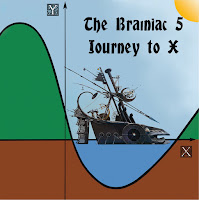 Rejuvenated psych-explorers THE BRAINIAC 5 return with Journey To X, their second full-length outing since their 2012 reunification. Buoyed by the success of 2015’s Exploding Universe, and an appearance on Cherry Red's acclaimed Another Splash Of Colour psych box set, the band have made a quick return to Alchemy Studios in North London and with the help of producer and engineer Kenny Jones and the arrival of new drummer Joe Malone, have stripped back to the two guitars, bass and drums format of past glories, yet continue to move forward with renewed energy and fresh ideas.

Say the band, “After experimenting with sax and flute for our last album, we thought that this time we would revert to our core four-piece psych/punk guitar orientated template. With the introduction of the powerhouse drumming of Joe Malone, we’ve certainly come up with some blistering music in this vein. However, somewhere along the journey we seem to have also wandered off on some other new paths. A touch of the smoky jazz cellar and African influences, a slight nod to country-blues and beyond. With lyrics inspired and influenced by Elizabeth Jennings, Robert Graves and The Golden Bough, we think this makes for a heady and intriguing mix, yet still all somehow manages to sound like The Brainiac 5. The journey has been exciting and fulfilling and has resulted in what we feel is our most complete and accomplished work to date.”

Emerging in the mid-70s out of the UK’s isolated yet thriving South-Western scene, the Brainiac 5 relocated to London, where their Mushy Doubt EP had already caused a stir. Sharing stages with the likes of The Soft Boys and The Barracudas and finding fans in John Peel and Alex Chilton, they split before their debut album World Inside was released through celebrated psych label Reckless (Bevis Frond, Black Sun Ensemble, Mu).

With frontman Charlie Taylor returning from years in the US, the Brainiacs reconvened, resulting in 2013’s Sun Ra-inspired Space Is The Place EP which garnered effusive reviews from the likes of The Wire and Shindig! The following year’s When Silence Was Sound anthology and the all-new Exploding Universe also received praise from Mojo, Record Collector, R2 and Vive Le Rock magazines, as well as from psych and outsider websites around the world. Journey To X will be simultaneously issued on CD, download and deluxe 180g gatefold vinyl. 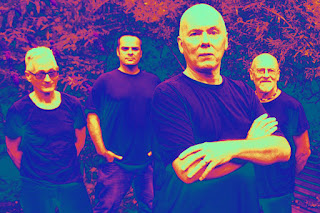 The group’s music has a freshness and verve that makes their recent reformation seem entirely justified. Prog
It’s like finding something you never knew you’d lost. The Wire
The West Country’s answer to Television. Shindig!
Punk energy harnessed to a serious Ladbroke Grove attitude, the result a wonderful cornucopia of sound. Terrascope
This is acid punk at its best. **** R2