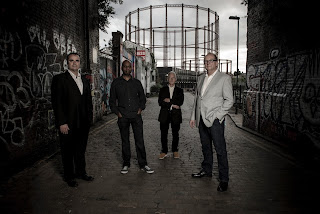 It’s been six years since Proudfoot released the BJ Cole-produced Lincolnshire, an album with its boots in Nashville but its head in the English county of Michael Proudfoot’s birth in the prairies of the East Midlands.

Since then, Michael and guitarist/collaborator Duncan Kerr have been meeting in the former’s basement, recording demos for a new record. Flower Of London is the result. Duncan Kerr is a veteran guitar wrangler from Stiff Records recording artists Plummet Airlines and their spin-off The Favourites, two almost-made-it outfits that morphed out of Nottingham’s pub rock and punk scene. Michael, then singing in wine bars and restaurants to bolster his student grant, was a fan of both these bands. “I thought, if ever I have a band, I want that guitar player in it,” he says of Kerr. A mixture of happenstance and necessity brought the two together almost ten years ago and they have been working together in London ever since as Kerr’s other gig in psych-punk outfit The Brainiac 5 allows.

Both Proudfoot and Kerr knew that this record would be different from Lincolnshire. “I love country music and early rock n’ roll, but I am essentially a child of the 60s,” says Proudfoot. “I can still vividly remember the moment The Beatles came into my world via Thank Your Lucky Stars. We lived, literally, in the middle of nowhere surrounded by potato and wheat fields, The Beatles sound made it seem as if anything were possible and I fell for it hook line and sinker. Music has been in my life ever since”

Flower Of London coalesces Michael Proudfoot’s interests in The Beatles and the Beat Boom, soul, folk and reggae with Kerr’s virtuoso powerpop/punk/country-rock guitar chops into something not too far from the mature New Wave pop of Costello, Parker and Difford & Tilbrook. This time, Michael’s songs are drawn from a wider, more urban spectrum. Flower Of London trades in the anomalies of life, love, leaving and those he has known, good and bad. Album opener ‘Pathfinders’ is about his mother’s first fiancé, an RAF pilot who perished over the English Channel. “The good thing about songwriting,” says Proudfoot, “….is that you can make a single statement about a lot of things or a statement about a single moment. It seems to me the things that affect us most are like that, they are global and big like politics and war or tiny moments in the macro when someone says or does something you love or hate…. That’s what this record is about”. 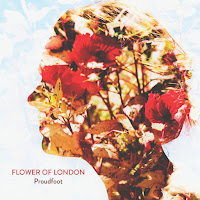 The album release will be preceded by the single/video ‘Pathfinders’.