M.G. BOULTER - WITH WOLVES THE LAMB WILL LIE 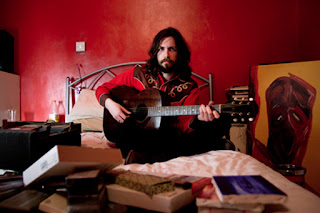 With Wolves The Lamb Will Lie is M G Boulter’s second full length album release, following 2013’s The Water And The Wave. Relocating this time from the shores of the Thames Delta to the peak district of Sheffield, Boulter has worked closely with award-winning producer Andy Bell (Bellowhead, Seasick Steve and Teenage Fanclub, as well as BBC Folk Album of the Year 2014 winner) to produce an album of lyrical depth and quiet brilliance. As with former projects, Boulter has surrounded himself with an array of musicians from different genres to help create his music: here one finds Ben Nicholls (The Full English, Seth Lakeman), Toby Kearney (These New Puritans), Sheffield songwriter Neil McSweeney and folk artist Lucy Farrell, among others.


The weird and wonderful coastal characters that inhabit Boulter’s songs feature again here, from the drunk down-and-out who has illusions of being Ernest Hemingway’s reincarnation in ‘Sean or Patrick’, to the fatalistic smoker father in ‘His Name Is Jean’. With Wolves The Lamb Will Lie reaffirms M G Boulter’s ability to conjure up compelling stories and mesmeric musical arrangements. 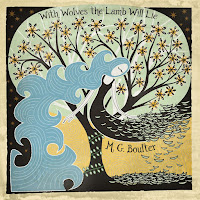 M G Boulter is a singer, songwriter and musician based on the Thames coast in England. Since 2009 he has been the principle songwriter and lead singer of roots rock band The Lucky Strikes and is a much sought after session musician who has toured with The Duke and the King, Simone Felice and Blue Rose Code, as well as recording with Dirk Powell, Rosalie Deighton and Vera Van Heeringen among many others.  He released his first solo record in 2013 titled The Water Or The Wave and an EP in 2014 with Scottish singer Samantha Whates called The Boatswain’s Manual. He has most recently been touring as a member of BBC Folk Award-winner Emily Portman’s band.

"Literacy without pretence and beauty without hippy indulgence. It’s got it all." 5/5 The Morning Star


Praise for The Water Or The Wave….


“This is a wonderfully moving album that stays with you long after the last track plays.”  Folk Radio UK


“It should charm the socks of any listener…. I wouldn't say one song stands out above another; there is a genuinely sweet consistency throughout.”  The Rock Club