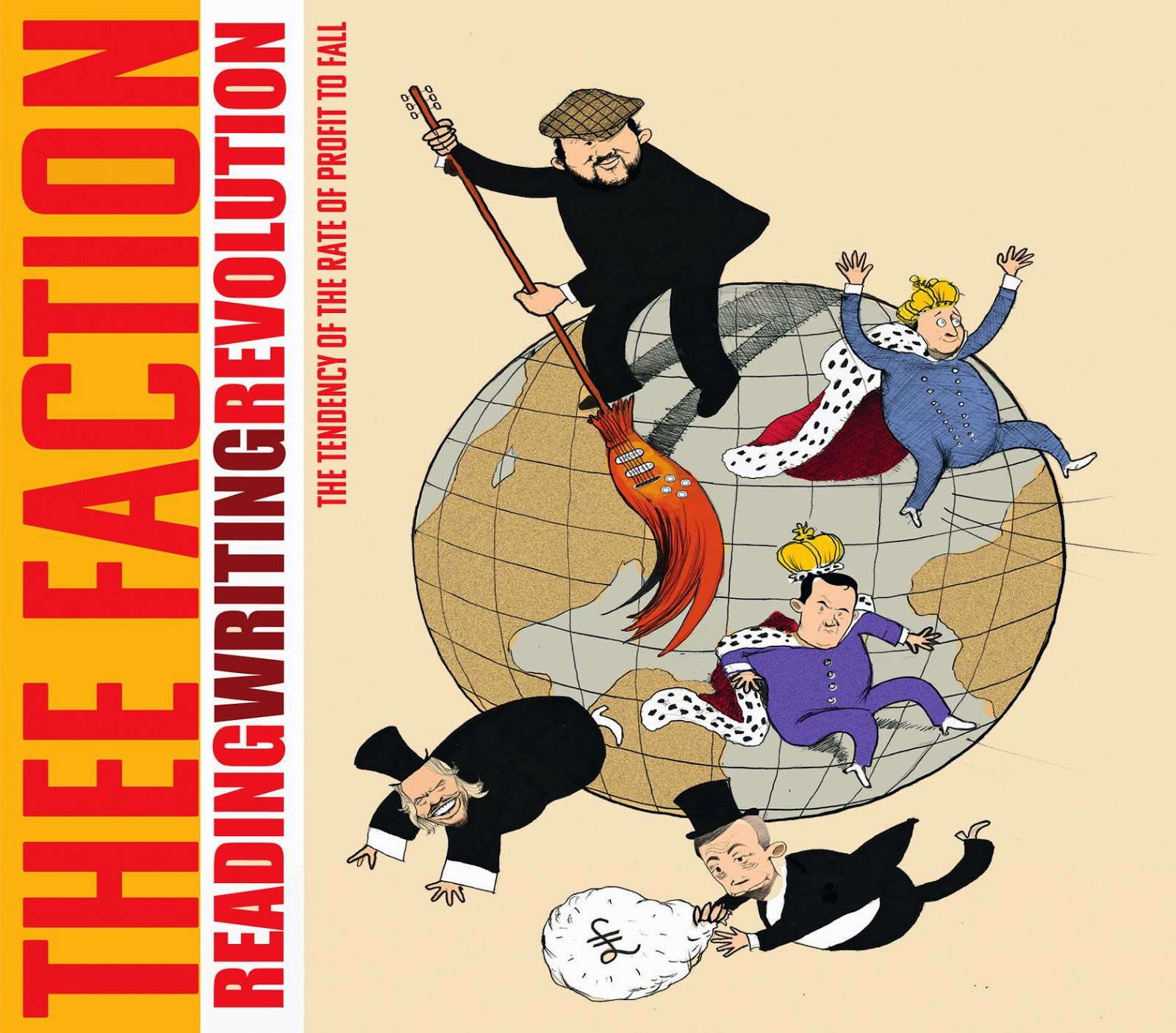 This is Thee Faction’s 5th album since re-appearing (as a result of the discovery of the At Ebbw Vale tapes) in 2010. They would be celebrating their 30th anniversary this year if that wasn’t so spectacularly bourgeois.

Private capital tends to become concentrated in few hands, partly because of competition among the capitalists, and partly because technological development encourages the formation of larger units of production at the expense of small ones. The result: an oligarchy of private capital - the enormous power of which cannot be effectively checked even by a democratically organized political society. Members of legislative bodies are selected by political parties, largely financed or otherwise influenced by private capitalists who, for all practical purposes, separate the electorate from the legislature.

So, representatives of the people have no need to protect the interests of the any other sections of the population but their paymasters. Private capitalists control, directly or indirectly, the main sources of information (press, radio, TV, internet, schools). It’s very difficult for the individual citizen to come to objective conclusions and to make intelligent use of politics.

The artist, therefore must dissent, to provide a bulwark of criticism. Rock music has long been seen as a portal to intellectual freedom, but is, in fact, co-opted by capitalists and sold as a plastic rebellion. Large media organisations control music output, and therefore remove any art from it. This is why pop music is standardised. But you can take these traditional forms and add ANALYSIS.

It’s pointless complaining. We must show the joy of freedom. The power of the class. Squares out!

All wars traditionally have had marching bands and comradely singing, so why not the Class War?

“Wildly galvanising, blisteringly angry, insanely entertaining blue-collar rock ‘n’ roll… scalp-prickingly good with nagging, catchy riffs. Lyrics range from heartfelt polemic to Jake Thackray-style observation.” Mojo
“…a critique of societal hegemony on the back of a grimy blues’n’b twang, rife with the contagious energy of people who know they’re right. In short, meet Comrade Feelgood.” Q Magazine
“ .. carrying on a proud tradition by providing the soundtrack to our marches and strikes against this government of millionaires trying to undo all the things we have fought for.” Mark Serwotka, General Secretary of the PCS
“How much do I love Thee? I love Thee as chimps love bananas, as bankers love bonuses, as Jeremy Hunt loves Rupert Murdoch” Francis Wheen, Assistant Editor, Private Eye
“… sharply dressed and ready for action... essential” Morning Star
“..barricade storming, smart, fun, instantly energising” Daily Mirror
“Absolutely brilliant. Tell your mates” Billy Bragg
“..taking down the Tories one song at a time” The Guardian
“Guthrie and Seeger, Lennon and Baez, Dylan and Crass changed views through song. Thee Faction do just that through sheer force of joy de vivre … Capitalism is good for corporations; that’s why you’ve been told socialism is bad all your life” Huffington Post