PHIL MARTIN ON THE PARADISE TRAIL.... 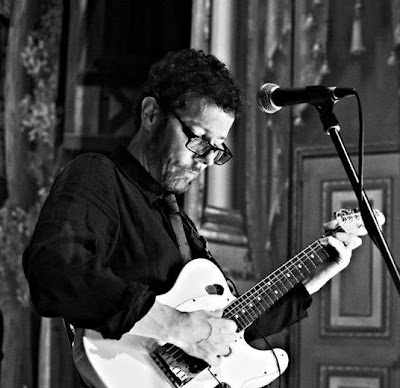 Following on from the release of his debut album Before We Go To Paradise on Brentford Records, West London singer-songwriter Phil Martin has lined up a series of dates across the capital. He plays:

Across ten new recordings, Before We Go To Paradise presents us with a selection of Phil’s own original songs, alongside the words of some of England’s greatest poets – Shakespeare, Coleridge, Hopkins, Blake – recast and reimagined against the emotive, occasionally quirky, background of Phil’s original music. But much more than this, by incorporating a spare, gentle background of acoustic guitar, keys and sax, Phil has set out to deliver a quintessentially English album dwelling on spirituality, resignation and humour in the modern world.

Having served time on the 80s and 90s indie-folk scene with Dr Millar & The Cute Hoors and The Shanakies (Blur’s support band of choice for the Parklife Tour), Phil has latterly been found among the ranks of Vic Godard & The Subway Sect, Jowe Head & The Demi-Monde, The Bitter Springs and The Men They Couldn’t Hang. Influenced as much by Jake Thackray as Marc Bolan, Phil Martin is – in the truest sense – both languid balladeer and punk demagogue.

Phil begins work on his first full-band album – featuring numerous guest luminaries from across his career – during the Summer.

Praise for Before We Go To Paradise…

Before We Go To Paradise is an achievement, displaying Phil Martin’s talents as a lyricist, composer, musician, singer and even artist… a remarkable album. Pennyblackmusic.com

Phil’s arrangements were spot on… as a writer, he hits the nail on the head. Well worth investing in….    8/10 Whisperin’ & Hollerin’

www.philmartinmusic.com
Posted by Gerry at 04:54