STIV CANTARELLI & THE SILENT STRANGERS HEAD DOWN TO THE RIVER 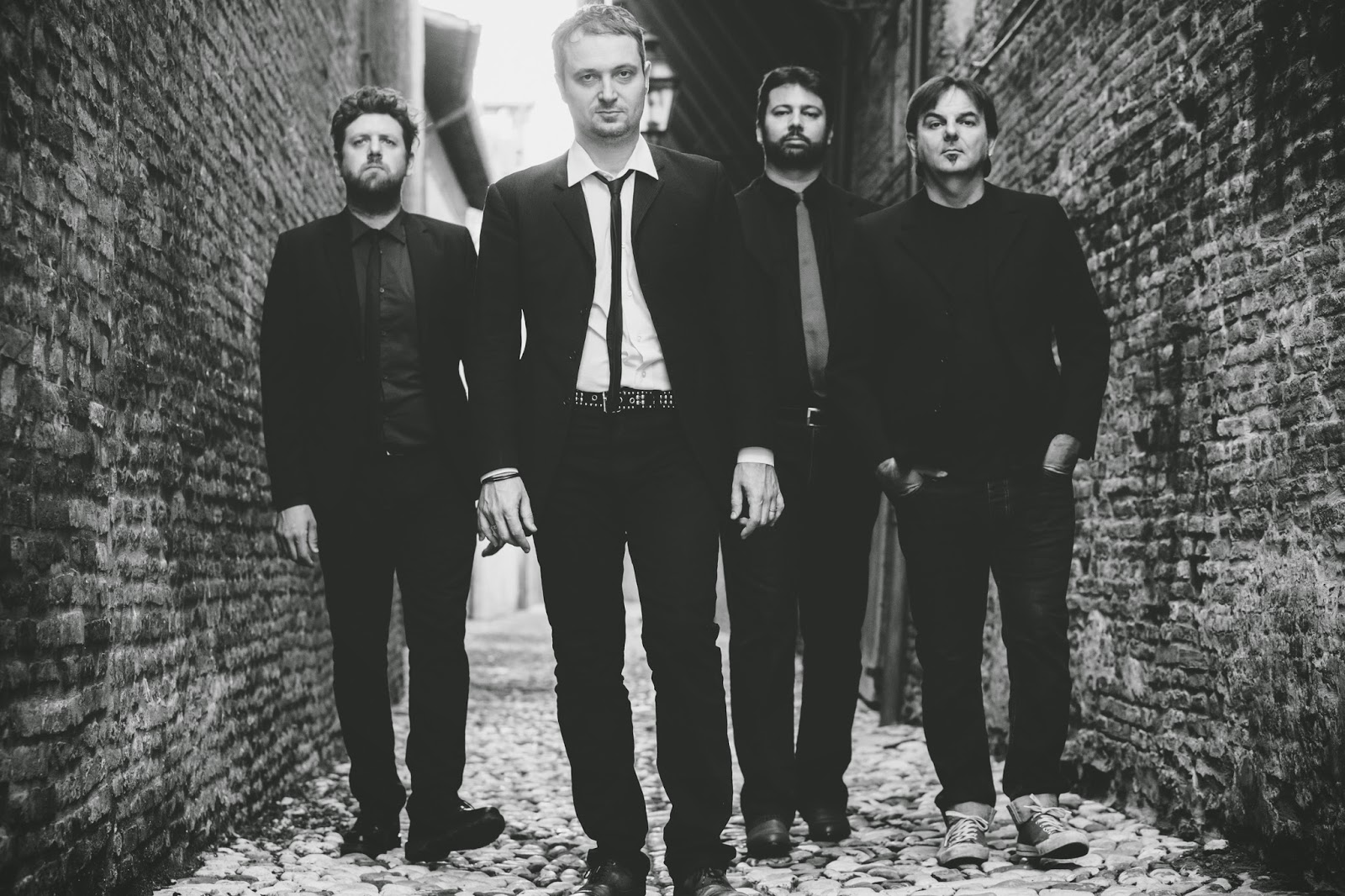 Stiv Cantarelli & The Silent Strangers are back, building on the success of their critically acclaimed debut Black Music / White Music with more post-punk revolutionary blues.

Having recorded their debut in an abandoned church amid the isolation of Italy’s Romagna hills, Stiv and the band decided to up sticks for the city for their next project; specifically the super-trendy environs of Hackney Wick, East London – on the banks of the River Lea – where they holed up in the infamous Gizzard studio with producer Peter Bennett (founder of Monkey Island, The Dublo and Morning Bride) and studio owner/engineer Ed Deegan (Billy Childish, Mudhoney, The Fall, The Cribs). In a nod towards the stripped down Thames Delta sound of Dr Feelgood et al, Dave Dulake, landlord of Southend rock’n’roll boozer The Railway Hotel, was also on hand to lay down some barrelhouse piano.

The result eschews much of the gentle Americana of their debut album, the band now immersing themselves fully in the dark and savage blues that they’d only just begun to hint at on record, but that had already made their live shows a thrilling and cathartic ride. If you’re thinking The Gun Club, Thin White Rope, The Scientists or Gallon Drunk, you’re getting close.

Stiv Cantarelli initially came to prominence as leader of Italy’s number one alt.country band Satellite Inn, who were recruited by North Carolina label MoodFood as a replacement for the ascendant Whiskeytown. Touring the States intensively, Cantarelli became firm friends with Portland, Oregon roots legends Richmond Fontaine, which has led to him releasing several records on their El Cortez label and employing them as his backing band on his solo debut Innerstate. It was this connection that found him at the wheel of a tiny Fiat beside Bob Mould for an Italian odyssey during the miserable winter of 2009. In the Silent Strangers, Stiv is joined by former Satellite Inn rhythm section Fabrizio Gramellini (bass) and Antonio Perugini (drums) along with new member Roberto Villa (guitar and sax).

The album release will be followed by a series of UK dates in mid-October.

A long night’s ramble through the musical fleshpots of the soul… The urge to listen again is powerful. 4/5  R2
Destined to be a seminal classic 9/10 Vive Le Rock
An overwhelming success… 9/10 Americana-UK.com
This is bluesy country punk for grown-ups Q
An exciting mix of post punk rock and desert blues  4/5  AAAmusic.co.uk
A really fascinating album…. It will reward the time you give it. Stiv Cantarelli & The Silent Strangers take a no compromise approach to their recording and long term it definitely pays off.  FATEA
Cantarelli has grown into a bluesman whose songs can break your heart, while also sounding like they could handle themselves in a barroom brawl. Classic Rock Blues