THE BRAINIAC 5 - WHEN SILENCE WAS SOUND 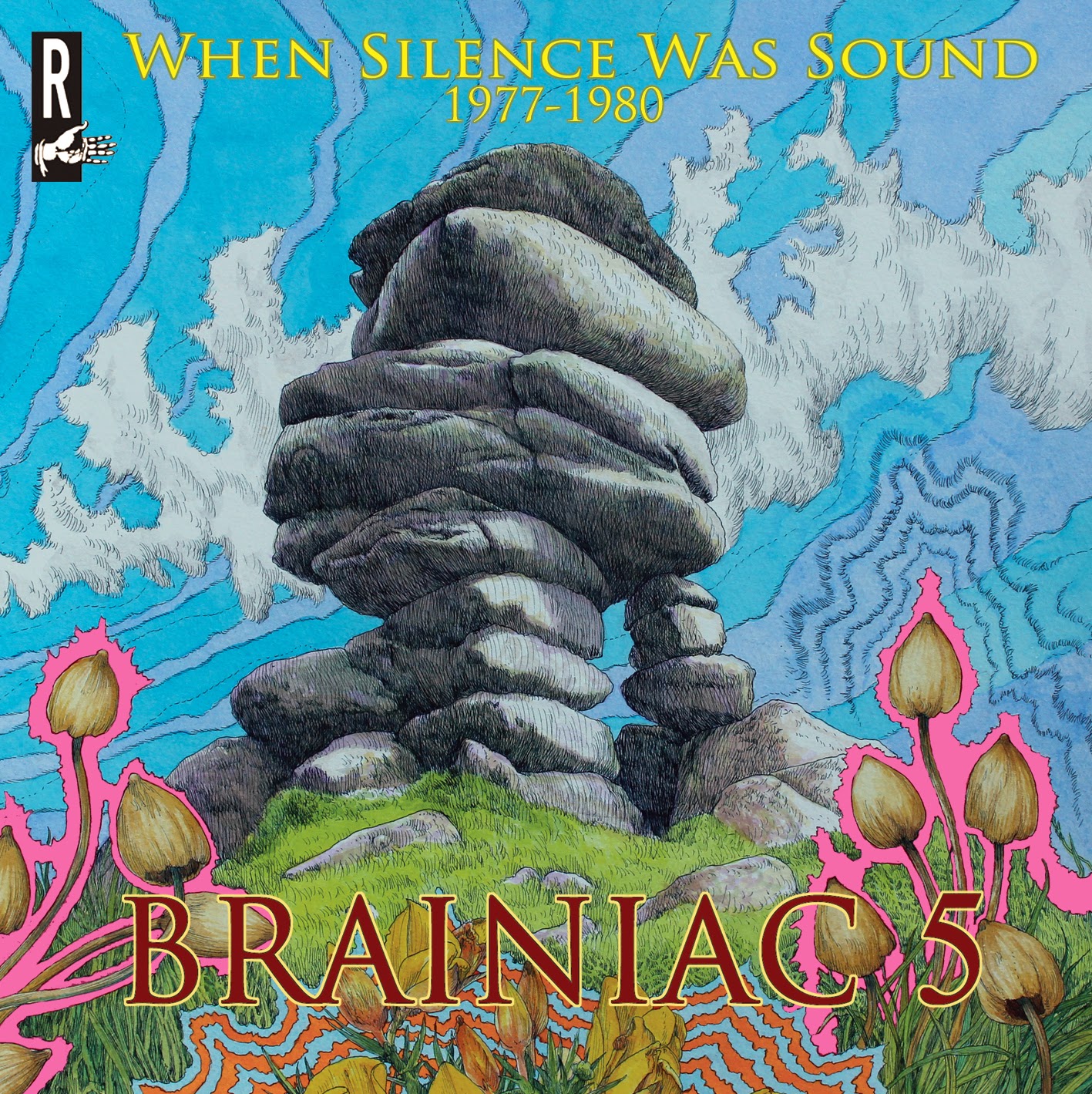 Do you remember when silence was sound?

This timely compilation documents the first flourishing of psych-punks The Brainiac 5, born out of the free-flowing Cornish freak-scene of the mid-70s. Featuring seventeen extremely rare recordings, highlighting the band’s New Wave smarts melded with lysergic guitar workouts influenced by the late-60s San Francisco scene, the release comprises the band’s 7-inchs, along with sole long-player World Inside, produced by Hawkwind/Hawklords drummer Martin Griffin, and live tracks recorded at The White Horse, Launceston in 1980. Including a sixteen-page booklet with full band history by archivist Colin Hill, When Silence Was Sound is packaged in mindbending art from the paintbox of noted UK artist John Hurford. Released on 7 April on the specially reactivated Reckless Records imprint, the anthology chimes neatly with the current resurgence in all things psychedelic.

Formed out of the ashes of free festival favourites the Half Human Band – also featuring Griffin – the initial Brainiac 5 line-up of guitarist/vocalists Charles Taylor (aka Charlie Nothing) and Bert Biscoe, bassist John ‘Woody’ Wood and drummer Steve Hudson made a name for themselves on the isolated yet thriving Cornish pub, club and festival scene. Coming to the attention of the NME with their Mushy Doubt EP, and with Richard Booth of early Stiff signings Plummet Airlines replacing Biscoe, the band made the move to London to enjoy the fruits of a gig circuit enlivened by punk. However, they split before World Inside could be released, the album eventually seeing the light of day in 1988 via Reckless Records, the label arm of the secondhand record empire founded by Taylor, also responsible for releases by such psych legends as Bevis Frond, Black Sun Ensemble and Mu.

Fast forward to 2013 and with Taylor returning to the UK after 20 years running Reckless stores in the States, the opportunity to reconvene the Brainiacs results in Space Is The Place, a 10-inch EP of new recordings on Bucketfull Of Brains magazine founder Nigel Cross’s Shagrat label. Garnering effusive reviews from the likes of The Wire and Shindig! magazines, and with Charlie and Woody now joined by another Plummet alumnus Duncan Kerr on guitar, along with Nick Onley on sax and flute and Wayne Worrell on drums, The Brainiac 5 are once again very much a going concern. A long strange trip indeed!

The band will launch the release with two shows in London in April....